It has been alleged that the Scala is an attempt by Skoda to fill the gap which currently exist between the Octavia and the Fabia. And with the increase in popularity, performance and quality of Skoda lease cars in recent years, the Skoda Scala lease becomes a compelling option for those looking for vehicles like the VW Golf, Hyundai i30, Ford Focus and Kia Ceed. If you want to know more about Skoda Scala leasing options on this new vehicle, speak to one of our leasing consultants who can find you the best hatchback lease deal.

Looking at Skoda Scala Leasing you will quickly see that it is perfectly priced in order to allow drivers slightly more space than which is available with similar models. This ensures that the Scala is becoming an interesting prospect which is attracting an increasing number of consumers to this brand. It has its origin from an adapted version of the A0 platform which is similar to those used by Seat Ibiza and VW Polo. The Scala comes with an extensive array of options. There are currently three engines available on Scala lease contracts. This provides consumers with four different output options. As far as transmissions is concerned there is either a five or six speed manual gearbox. For those looking for more there is also the seven-speed DSG paddleshift.

At the entry level there is a 1.0-litre TSI 3-cyl petrol of which one produces 93 BHP and the other 112 BHP. There is also a four-cylinder petrol 1.5 TSi version which delivers 147 BHP as well as a four-pot 1.6 TDi diesel with 112bhp. As far as trimming is concerned there is the S, SE and SE L among which the S is the basic version and the SE L which is the top of the range version. The entry model will therefore be a Scala S which has been fitted with a1.0-litre engine and a manual gearbox. Nevertheless, the SE L which is fitted with a 1.5-litre engine is slightly more expensive. There are indications that the most popular version will be the1.0-litre with the output of 112bhp and the six speed manual gearbox because of its favorable price of many of our Skoda Scala lease deals.

The cost of these exciting models can be justified by the rather extensive standard kit which provides a very nice compromise between overall value and systems which is easy to use. The overall styling has been described to be crisp and appealing and is expected to be popular with consumers. There is an excellent range of of safety equipment which provides an overall feeling of quality particularly for a vehicle in this class. Your Skoda Scala lease car represents a new standard to beat in value for money car leasing.
For those who are not technically minded it is possible to confuse this car with some of the other midsized hatches which is currently available in the market. The Skoda Scala has all of the features you would expect from a vehicle in this price class and therefore there is every indication that this hatchback will become very popular with consumers. To find out the best Skoda Scala lease deals, have a chat with one of our friendly leasing consultants on 03001240979 or email us at info@anycaronline.co.uk 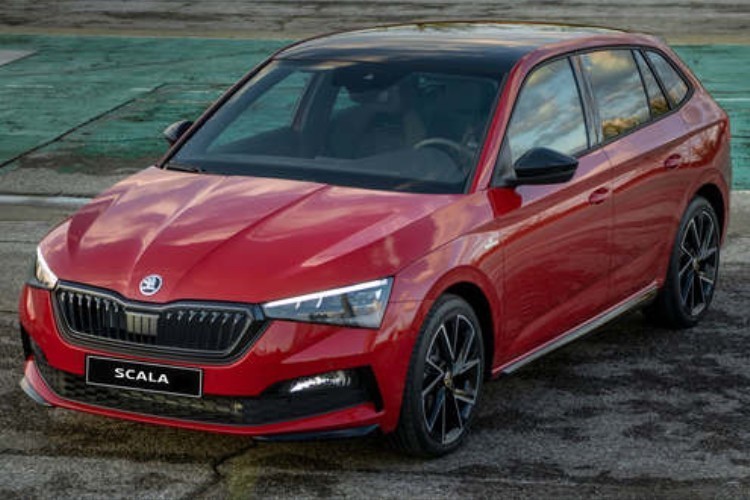