SEAT’s Ateca is the first genuine crossover to come from the popular automotive brand, and with it there is most certainly not a lack of space! The car has been constructed on the same wheelbase which has been used with the smaller five door Leon and this provides an incredibly precise driving feel that is amongst the best in class! For this reason and the great deals that are available on a SEAT Ateca lease, you definitely need to take a look at our great Ateca leasing deals below.

The Seat Ateca is a car that is considered to be highly suitable for a medium-size family. Front-wheel drive is standard on most of the Ateca versions, but it is entirely possible to have four-wheel drive on some of the diesel models. These SUVs have advanced dynamics and they have been very well constructed. Seat Ateca Leasing provides a vehicle with an extraordinary range of driver assist features and there are several connectivity options ensuring a very enticing package overall. With the Ateca, Seat endeavors to continue their efforts to ensure continued brand sustainability. It is for this reason that every effort has been made to ensure that this car will distinguish itself from among its competitors.

There are several engine options for the Seat Ateca such as the1.0-litre three-cylinder turbo petrol. A 1.0-litre engine might not sound like much but in fact this is a very well refined engine which is performing exceptionally well under most conditions. For a family car many people would prefer the 1.4 turbo petrol. This engine provides 150bhp which makes it significantly more powerful than the 1.0-litre. However, there is also the 2.0-litre 4WD diesels which also provides 150bhp but there is also a version which provides 190bhp and there is even a seven speed DSG variant. One of the best features of the Seat Ateca is it’s handling and in fact the FWD Ateca handles just about all corners safely and securely. There is also very little roll when the car is taken through roundabouts and other challenging surfaces. There is a different rear suspension in the 4WD versions which is allowing for very precise cornering. These versions also have enhanced traction.

A lot of effort and attention to detail has gone into the cabin design. This results in a very pleasing overall end result. It is somewhat similar to the Leon family hatch. The Ateca compares very well with other models as far as space is concerned and they also provide a comfortable ride. This is made possible by cushy seats which allows for a well-controlled ride one which is actually somewhat better than what is achievable with the 4WD versions. There is also an adequate and a practical boot area which is made more accessible with a handy double floor. Furthermore, the infotainment screen is big and its layout is logical and it has most of the features which one would expect from a modern SUV in this range. There are other extras such as surround-view cameras, full-LED headlights, and radar cruise. Another exciting feature is the ability of the car to self-steer, self-accelerate and self-brake at traffic jam speeds. Over all the Seat Ateca is an exciting and good-looking means of transportation which will provide a high standard of motoring experience for many years.
If you want to know more about the great deals that are available with a SEAT Ateca Lease, have a chat with one of our leasing consultants on 03001240979 or email us at info@anycaronline.co.uk 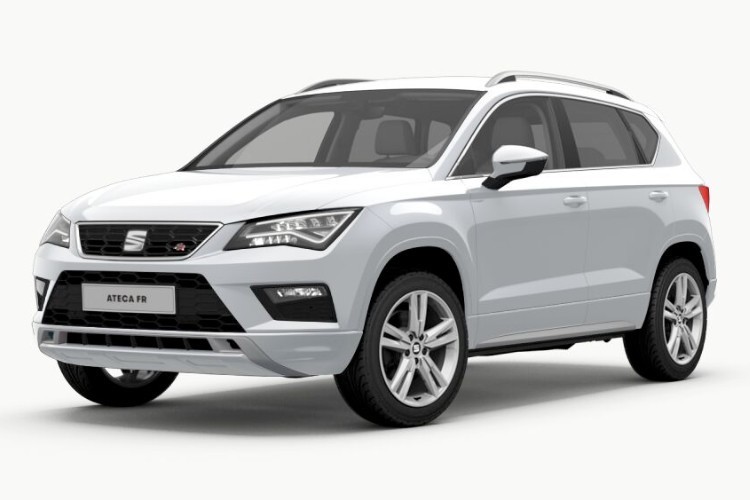