The Peugeot 2008 lease is a great balance of modern styling, road presence, practicality and value for money that will benefit any lifestyle. From the school run to business miles, there is a 2008 package to suit everyone. The striking lines and sharp design features will certainly ensure you stand out from the crowd in the small SUV market. The 2008 even comes with arguably the most interesting and ergonomically designed car interior in the whole industry, easily beating premium rivals with sheer innovation. If you seek the feel and performance of premium rivals, take a look at our Peugeot 2008 leasing options. You can get a vehicle with even more personality at an incredible price!

Peugeot 2008 leasing is available with a choice of Active, Allure, GT Line and GT specification levels. The spec of course, will depend on your style preference, budget and engine choice, but there is lots included as standard and plenty of optional extras to choose from. This customisability, premium build, innovative design and incredible deals make leasing a Peugeot 2008 an excellent option. The six-speed manual gear box or 8 speed automatic offers up to 136 horsepower, powering your choice of 2008 from a selection of combustion engines that are competitively fuel efficient or fully electric engines.

2008 leasing is a great option for families of all sizes, offering 5 doors and boasting 360 litres of boot space across the range, which is a very decent size for its class. The rear seats even fold down flat, which is a really great feature, providing even more space as and when you need it. The interior also provides a decent amount of space inside for all the passengers, allowing 3 adults to sit in the back seats comfortably.

The bold features and wide range of interior and exterior colour choices available on our Peugeot 2008 leasing deals make the car customisable to you, meaning you’ll rarely see two 2008’s the same on the road. The black wheel arches are standard across the range and giving it a real presence on the road. You’ll get Eco LED headlights as standard on the Active and full LED headlights with smart beam assist from the GT Line upwards. You’ll even get rear LED lights which Peugeot have affectionately called ‘Claw effect’ LEDs (which is both descriptive and cool).

An impressive element of the 2008 is the equipment that comes as standard on the base model, going back to the point about ‘value for money’, this is really where we see the 2008 come into its own. On all versions of the 2008, there’s some pretty cool features included as standard, such as a smartphone docking station, push button start and the Peugeot 3D I Cockpit® media system, which includes a touchscreen display with TomTom navigation, Apple CarPlay and Android Auto connectivity. There are also some great safety gadgets you don’t usually get on entry level vehicles such as Hill start assist, Active Safety Brake System and Lane keeping assist. Although the 2008 is not 4-wheel drive, Peugeot uses a system called Grip Control which is very effective at improving traction on slippery surfaces.

If you find yourself in the market for a small SUV and are looking for something bigger than Peugeots hatchback models that’s versatile, stylish and has loads of features as standard, the Peugeot 2008 lease could be for you. It’s a charismatic car that is both big enough, and small enough to be a practical everyday SUV. If you are interested in our wide range of options on Peugeot 2008 car leasing, give us a call on 03001240979 or email us at info@anycaronline.co.uk and we can help you find a great deal on your next car. 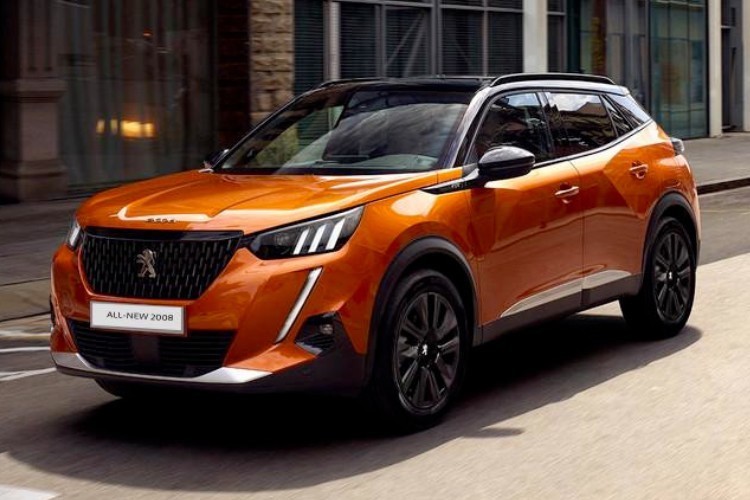